Why do so many bars have pinball and video games? Because people want more than just drinks. The arcade at Punch Bowl Social, a three-level “fun factory” in Arlington. (Will Newton/For The Washington Post)
By Fritz Hahn

Walking into Punch Bowl Social in Arlington, I’m reminded of the overwhelming feeling I used to get heading into a boardwalk arcade with a pocket full of quarters. There were so many games, so many blinking lights and clanging bells, so much competition for my allowance money, that I’d never know where to look first.

It’s not wrong to think of the three-level, 25,000-square-foot “fun factory” as a Funland for millennials: There are eight bowling lanes; private karaoke rooms; an arcade full of old-school video games and new-school first-person shooters; clusters of pool, table tennis, foosball and shuffleboard tables; a bar with 360-degree access in the center of the main room; and a quieter lounge one floor down. A diner-style restaurant offers Instagrammable sandwiches, tacos and grain bowls paired with classic cocktails, local craft beers and a significant number of nonalcoholic drinks, including matcha lemonade and fresh-squeezed juices.

“I think that’s what the consumer wants today,” says Robert Thompson, the founder of the 15-location national chain. “They want to have a real meal, they want to have craft beverages, and they want to have experiences, and that’s where the activities come in. You can do all of your eating and drinking and playing anywhere within the four walls.” There are plenty of things to do at the huge Punch Bowl Social at Ballston Common Quarter. (Will Newton/For The Washington Post)

Like a Chuck E. Cheese on Saturday morning, the Punch Bowl in Ballston can be a little overstimulating. But its focus on things to do — not just things to eat and drink — as a way to get people in the door is right on trend.

Among last year’s most high-profile bar openings in the Washington area were multiple venues with bowling alleys, table tennis, Skee-Ball machines or video games, the kind of entertainment designed to distract you from drinking, or keep you drinking just a little bit longer. Even Pitchers, a three-level LGBTQ bar with a dance floor and two rooftop areas, has a collection of Nintendo Switches hooked up to flat-screen TVs in its upstairs bar, near the foosball and darts.

The idea of games in bars isn’t new by any stretch: Modern pinball first appeared in saloons in the 1930s. Thompson got his start managing bars for the Bedrock Bars group, which cornered the District’s pool hall/shuffleboard/darts market back in the ’90s (several, such as Bedrock and Atomic Billiards, are still around). The rise of the arcade bar is usually traced to the mid-2000s, thanks to Portland’s Ground Kontroland Brooklyn’s Barcade, which introduced the idea of mixing craft beers and vintage Donkey Kong cabinets. The idea, explains Barcade co-founder and CEO Paul Kermizian, was to build an arcade around “the games we enjoyed as kids, but adding beer to the mix.”

The first Barcade, packed with machines from the “golden age” of video games, circa 1979 to 1983, opened in 2004; there are now seven locations, with branches in Detroit and Los Angeles on the way. “It’s funny that [bars with arcades] are hot,” Kermizian says. “We’ve been doing this for 15 years. We didn’t expand until 2011 — we were waiting for it to fizzle.”

Barcade’s biggest hits include such standards as Donkey Kong and Centipede, which provide an element of nostalgia for gamers in their 30s or 40s. But, Kermizian says, the current popularity of arcade bars is about more than good memories. Younger millennials and Generation Z, he notes, “had very different experiences” with gaming. Instead, Kermizian says, “the arcade experience is still captivating, whether the games are young or old.” It’s being in the center of a room with 50 to 60 games, lights flashing, sound effects and music bursting from the consoles. That buzzing arcade atmosphere was what Pizzeria Paradiso’s management team was looking for when it decided to shake up and “activate” its basement-level bar Birreria. “We wanted to bring more vibrancy,” owner Ruth Gresser says. “We recognize that people are going out for more than just food and drink.” That’s a somewhat surprising shift for Gresser, who opened the first Pizzeria Paradiso in 1991 and has historically been resistant to even having TVs in her restaurants (the Dupont Circle location is still distraction-free).

[Is it a fantasy to wish for restaurants without TVs?]

But the Georgetown basement bar was retrofitted as an arcade in January 2018, with Skee-Ball, shuffleboard, pinball and video games to become “a bit of a playroom,” Gresser says. Beer sales in the Game Room have increased, as have the hours of operation, and the idea was so successful that when the newest Paradiso opened in December in Spring Valley, near American University, she made sure there were pinball and video-game machines to appeal to college students — as well as nearby families.

Thompson admits that Punch Bowl Social is “engineered for millennials,” with a variety of sought-after “experiences” and buzzy menu items (such as a fried bologna sandwich, topped with whole potato chips, or green chorizo tacos), and says that, regardless of location, “71 percent of our customers are under 40.” Allen Umbarger takes a turn at pop-a-shot at Players Club on a Friday night. (Will Newton/For The Washington Post) Victoria Kelley and Daniel Steward react while playing an arcade game at Players Club. (Will Newton/For The Washington Post)

Still, one of the appeals of arcade bars is that they’re enjoyed by a variety of demographics. Just ask Ian Hilton, who runs Players Club, a game-filled ’70s basement rec room near Logan Circle, with his brother, Eric. “Just going out, hanging out and drinking is something I’m doing less often,” Hilton, 46, says. For the brothers who’ve helped shape D.C. nightlife over the past decade with a string of bars focused on hanging out and drinking, such as the Brixton and the Gibson, it’s an interesting admission. When he’s getting his friends together, “it’s fun to shoot pool or do something that’s not just bellying up to the bar,” he says.

And that’s one of the reasons that Players Club feels so vibrant — and chaotic — on a weekend: It’s full of groups, but they’re clustered around a pool table or challenging one another at the side-by-side pop-a-shot machines, not holed up at a table staring at their phones.

Although pinball machines and ping-pong might give a group something to do in a bar, a successful arcade bar recognizes that these activities shouldn’t be the only reason that customers visit.

“The games are sort of a sticky factor that can attract you and make you stay longer,” says Punch Bowl Social’s Thompson, “but at the end of the day, we’re a restaurant and bar. We’re just building a different mousetrap to get you there.”

Fritz Hahn has covered bars, drinks and nightlife for The Washington Post’s Weekend section since 2003, but he also writes about a variety of local entertainment topics. Follow 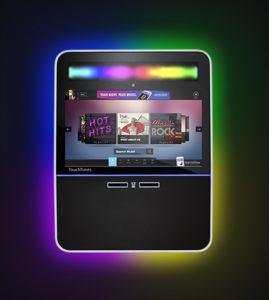 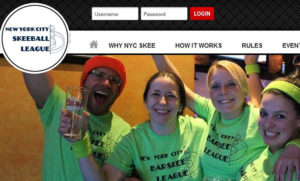 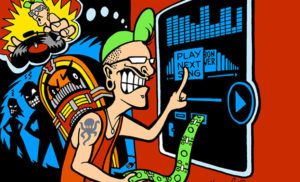 The Death Of The Jukebox, And The Possibly Bright Future By Miles Raymer, Esquire Magazine 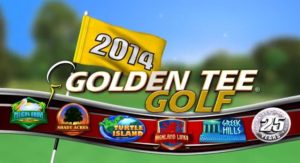